Mas Torrents is 500 meters fromFolgueroles and less than one km from Tavèrnoles. Both villages are very quiet and bucolic. 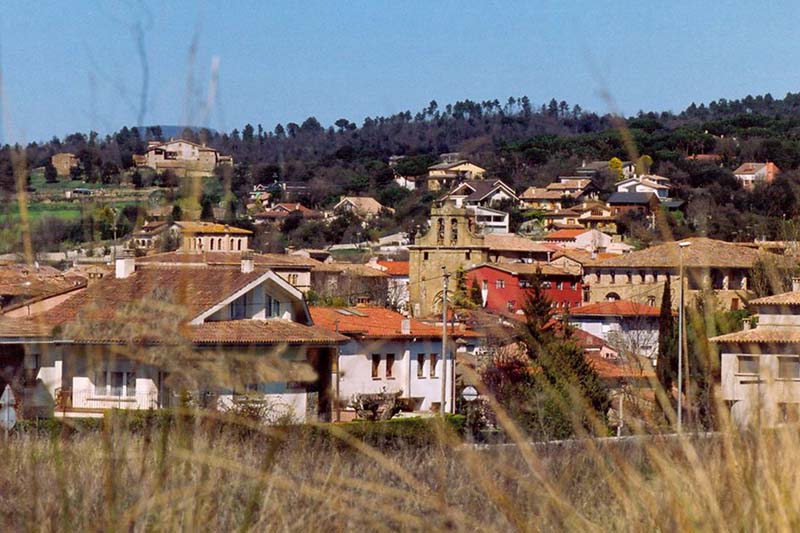 The village of Folgueroles is located in a small corner of the Plana de Vic, away from the hustle and bustle of the urban world and at the same time strategically located near the main communication channels that make it easily accessible. At the gates of the Guilleries-Savassona natural area, the border between the villages of the Sau Valley and the Collsacabra, Folgueroles offers an unusual and privileged landscape for nature lovers. An ideal place for outdoor sports: hiking, mountain biking, climbing and countless more.

The urban center that maintains the structure of the streets and the houses that continue to be dressed in the centenary stone typical of the environment, with the parish church that shows architectural elements of different eras. In Folgueroles the imprints of the illustrious son of the town, Mossèn Cinto Verdaguer, are visible throughout the municipality. As is the case with Iberian culture, with the fortification of Puigcastellet and the megalithic dolmen, a pagan symbol, which stands in front of the Sant Jordi chapel. 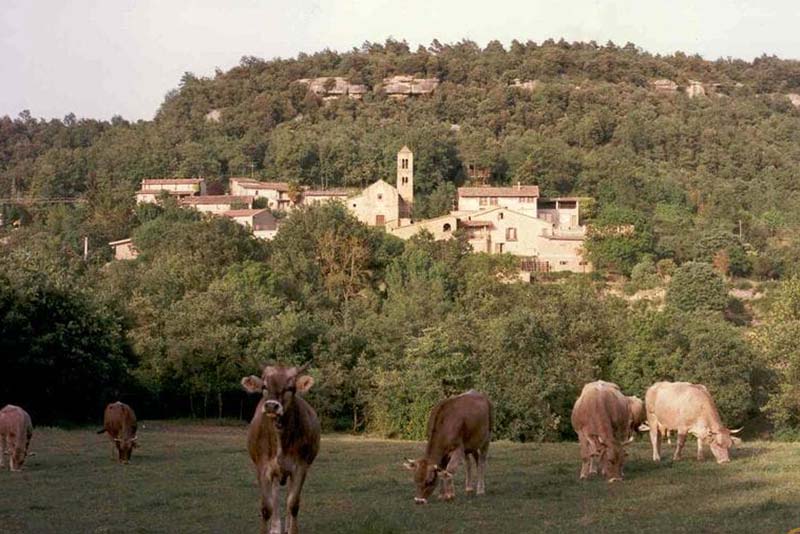 The term includes the village of Tavèrnoles, administrative chief, the district of Roquet, to the north, the urbanization of Fussimanya, to the northeast, and the old province of Savassona, to the east.

Tavèrnoles borders on the north with the municipality of Les Masies de Roda, on the west with that of Gurb, on the east with Vilanova de Sau, and on the south with those of Sant Sadurní de Osormort and Folgueroles.

The capital of Osona, a very lively city with many offers, mainly cultural and gastronomic.

The House Museum Verdaguer, the childhood home of the poet Jacint Verdaguer, shows us elements for understanding and interpreting the poet’s legacy, which laid the foundations for the literary language in modern Catalonia. It is a house built around the 17th century and has been renovated by the different inhabitants who have inhabited it.

It is the only monastery of the Benedictine order in Osona and was erected under the patronage of the Osona viscount family. The promoter was the Viscountess Ermetruit, when in 1006 she bought the allondial domain of Casserres to the count Ramon Borrell of Barcelona, with the intention of building a monastery dedicated to Sant Pere.

This space runs around the Sau reservoir and the Vilanova valley. With an area of 8,370 hectares, its quality is to have maintained the harmony between natural conditions and their transformation by human activity. It contacts with the Collsacabra by the North, with the plain of Vic by the west, with the foothills of the Montseny by the South and with the region of the Forest by east.

The Sau reservoir is a reservoir that belongs to the river Ter, created by a dam located in the municipality of Vilanova de Sau, and at the foot of the Guilleries mountain range, which extends along the terms of Vilanova de Sau, the Masies de Roda , Tavertet i l’Esquirol, in the region of Osona.

Any cookies that may not be particularly necessary for the website to function and is used specifically to collect user personal data via analytics, ads, other embedded contents are termed as non-necessary cookies. It is mandatory to procure user consent prior to running these cookies on your website.